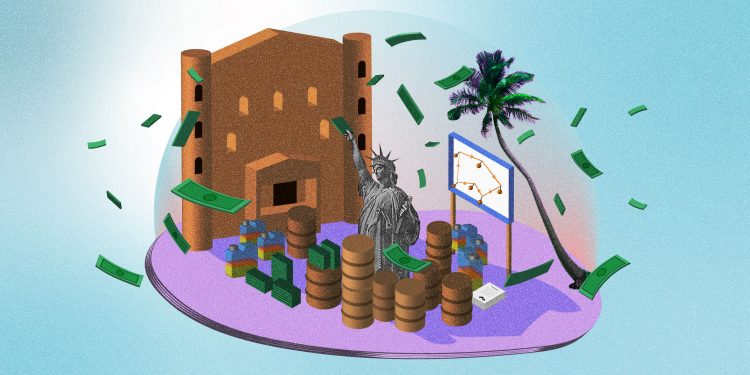 A trial in Utah, in the United States, revealed that prominent members of the Latter Day Church of Christ conspired with a person linked to organized crime to defraud the federal government in a scheme involving renewable fuel. They laundered their proceeds through their church and transactions that spanned the globe.

On a Tuesday afternoon in mid-February of 2014, John Saldivar, Minister of National Security in Belize, texted Jacob Kingston, a member of a fundamentalist Mormon group in Salt Lake City, Utah. The Belizean minister was asking for bribe money in exchange for protection and favors. Kingston would supply the money from the hundreds of millions he had defrauded from the US government – some of which was laundered through his church.

“Four of my candidates have been successful in conventions already,” Saldivar wrote. “It’s looking real good so far but am out of cash.”

Over the next hour, the two would continue to work out arrangements – Kingston suggested wiring the money, Saldivar recommended he collect the money stateside instead. The two agreed that Saldivar would pick up his monthly allowance in Florida.

“My guy will be meeting you in Miami. Call Deryl,” Kingston wrote that Thursday, referring to a business partner. After midnight in Utah that Sunday, Jacob followed up again. “You get what you needed?” The response from Saldivar came three hours later. “Yes buddy. Nuff thanks.”

These texts were released as part of the court case for the largest fraud case in Utah’s history. Lev Dermen, an Armenian-American with ties to organized crime, along with Jacob Kingston and three of his family members, defrauded the federal government of $511 million dollars. All parties were found guilty, with Dermen being the only defendant to go to trial while the others provided evidence. He was found guilty on all counts.

Lev Dermen immigrated to the U.S. as a teenager and lived in Glendale, California, an enclave of Armenian immigrants, where he became an entrepreneur. Prior to this fraud, he had been involved in several other criminal litigations including an attempted kidnapping and bribing an ICE agent to get an extradited Mexican partner across the border.

The IRS incentivizes renewable fuel manufacturing in the US by offering tax incentives for those who produce it domestically. The Utah-based scheme was to feign production of this renewable fuel, though the Kingstons were in fact buying and selling the same renewable fuel through a domestic and international ring of companies. Once this happened, Jacob’s company, Washakie Renewable Energy (WRE), would file false tax documents showing they qualify to receive payments in the form of U.S. Treasury checks for “manufacturing” the fuel. 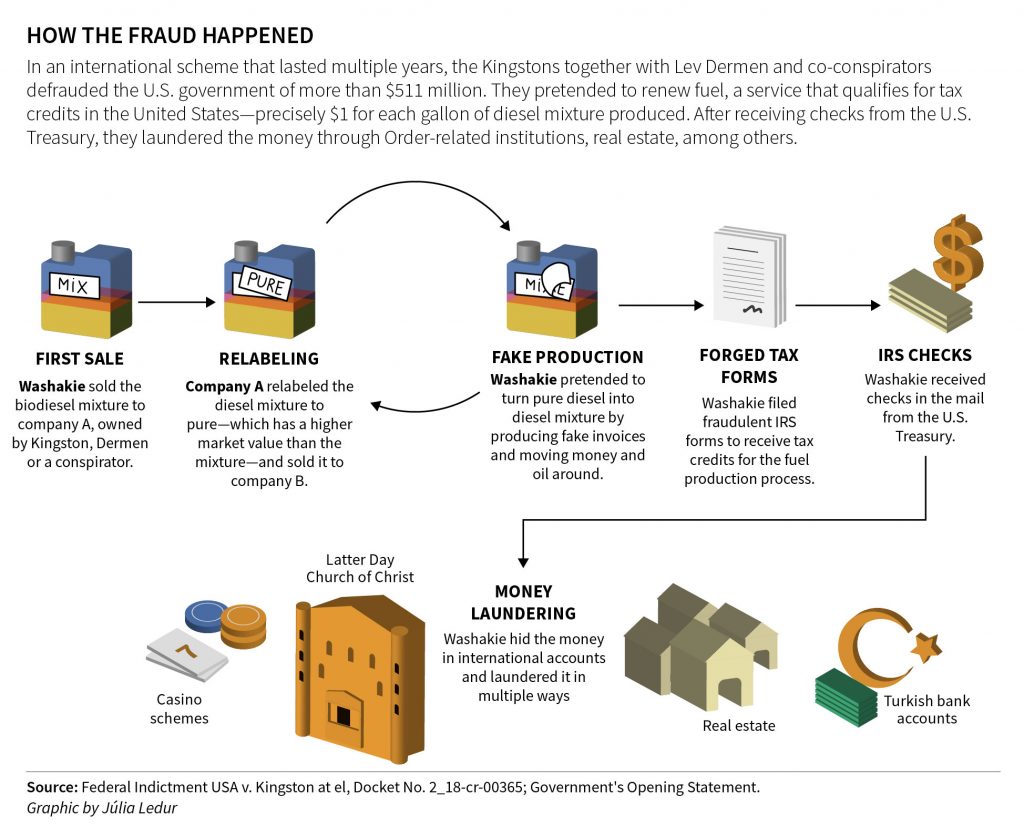 The proceeds from this fraud were laundered through Jacob’s church and business entities and across the world through accounts related to the many connections of Dermen, in countries like Turkey, the US, Mexico and Belize.

Jacob Kingston is a member of The Order, a Mormon offshoot founded as an economic and religious cooperative during the Great Depression by Charles Elden Kingston. They were originally called the Davis County Cooperative Society and, in 1977, they officially filed registration with the state of Utah for their church, Latter Day Church of Christ,where the leader of The Order holds status as the prophet and preacher.

Since then, the cooperative has been incorporated as a business, one of many owned by the ruling families of the co-op. They are estimated to have between 2,000 to 6,000 members and control businesses ranging from a grocery store to weapons manufacturers.

The Order is based in Salt Lake City, Utah and is one of the few Mormon offshoots to still practice polygyny, where men have many wives. This practice is illegal in the U.S. and The Order skirts regulations by not registering more than one marriage on public records. Instead, additional unions are considered “spiritual marriages» and birth certificates of children born from spiritual wives are commonly and purposefully inaccurate, according to a qui tam complaint filed by former members of The Order.

Former members interviewed by Columbia Journalism Investigations (CJI), a partner in this journalistic collaboration, have linked Jacob’s crime with The Order’s doctrine of Bleeding the Beast. This has led the group to reject outside authorities and laws, and encourage defrauding the U.S. government.

The doctrine mandates Order -members’ relation to the state and to outsiders in general.  According to the qui tam a lawsuit filed  on May 24, 2019 in the United States District Court for the District of Utah, Central Division by former members, “As God’s chosen people, they can use any means available, lawful or not, to manipulate any ‘outsider’ – individual, business or government entity – for the benefit of The Order.” Plaintiffs argued that they “do not even learn the laws of the outside world.”

Kent Johnson, a spokesperson for the Davis County Cooperative Society, strongly denies they have any such doctrine. “These allegations by a small number of ex-members are absolutely false,” he said. “DCCS has a long history of just the opposite. Members often find themselves under greater scrutiny, being subject to audits and investigations at a rate nine times higher than the average population”, Johnson added, citing information provided by the church.

As far as it has come into the public domain, the Order has built a network of more than 100 businesses, estimated to be worth as much as $11 billion, and has a subservient workforce – one that pours whatever money it makes right back into The Order.

In the United States, nonprofits are tax-exempt organizations. Churches are considered non-profits and have an additional benefit: they do not have to file the Internal Revenue Service Form 990 designed to inform the public of a nonprofit’s finances. The non-requirement exists due to a separation of church and state and aims to protect churches from state overreaching. Yet, the non-requirement may transform a church into a black box. It is impossible to know how much money they have, where it comes from, and what it is doing with it, unless a church voluntarily discloses that information. For that same reason, The Order’s actual size and operations remain a mystery. “We are not at liberty to disclose active membership data,” said DCCS spokesman Kent Johnson.

The court case for the Washakie Renewable Energy fraud gave a rare insight into The Order.  According to their guilty pleas, Jacob and his brother Isaiah Kingston acknowledged using a portion of the fraud proceeds to build up and support The Order and cycle money through and between Order-related companies. They even used their church, Latter Day Church of Christ, to launder proceeds. However, it was not proven during the trial whether the DCCS – as an organization – approved the use of its accounts for any fraudulent activities.

In 2013, Jacob Kingston and his brother Isaiah Kingston had transferred $5,6 million of criminal proceeds from their Washakie Renewable Energy bank account to A-Fab Engineering Inc., a company owned by the religious group. From there, most of the money was transferred to Fidelity Funding Inc., The Order’s “bank”, and a smaller part to Standard Industries Inc. Some days later, a total of $4,69 million was moved from the two companies to the Latter Day Church of Christ bank account, held in the Bank of Utah.

The next day, $4,5 million was wired out of the Latter Day Church of Christ account, through Equitable Funding, and back to Washakie’s bank account. The transaction was recorded on the books as funds from Alliance Investments. 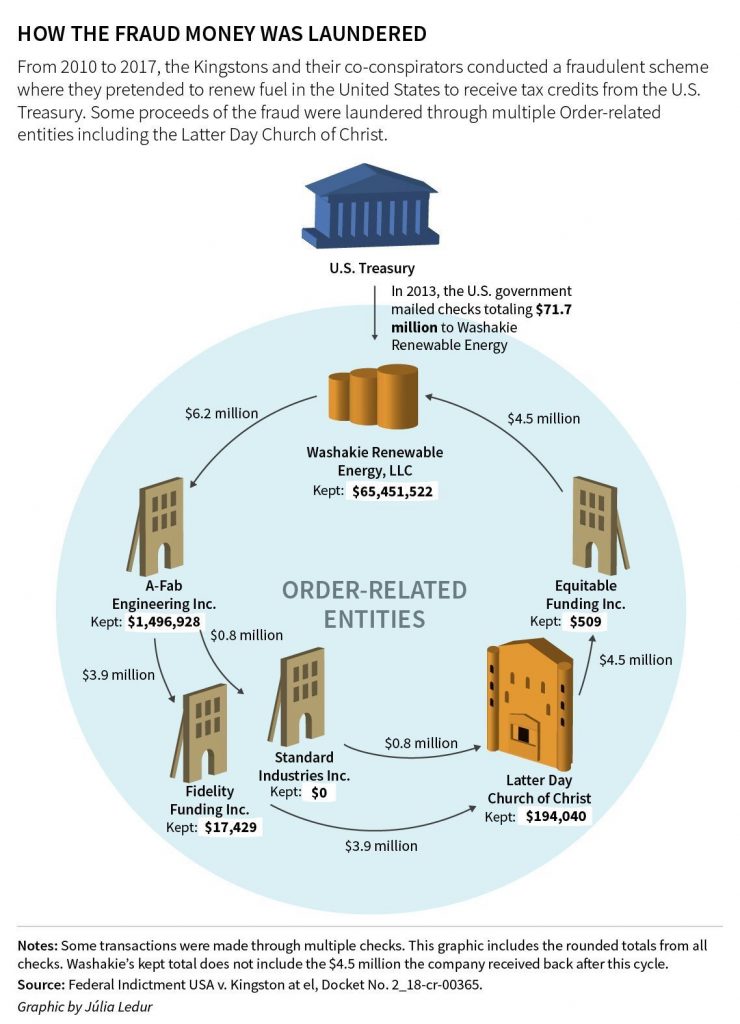 The money from the Washakie fraud was also used for other ventures and often spread out of Utah and across the globe through the connections of Dermen, who was not a member of the co-op. In his third day on the stand during the Washakie trial, Jacob Kingston divulged another scene involving lining the pockets of high-powered elected officials in Belize.

Many of Dermen’s connections in Belize came from one man, Zubair Kazi. Kazi was known as a franchisor of KFC restaurants around the world and was well connected in the Caribbean nation. According to Kazi’s testimony, he and Dermen had been friends for ten years. In that time, Kazi introduced Dermen to John Saldivar, then the Minister of National Security, former Minister of Finance Ralph Fonseca, and other officials.

Jacob and Dermen traveled together to Belize to pursue projects with their ill-gotten money. In Jacob’s testimony, he talked about the trip.

Jacob then admitted to purchasing a warehouse to house the casino in Belize using the proceeds from the tax fraud. According to Kazi, former Minister of Finance Ralph Fonseca was the escrow agent in the warehouse deal. Irwin Contreras, another Belizean official who oversaw issuance of gaming licenses at the time, helped Lion Gaming Inc., a company incorporated by one of The Order’s lawyers, get their official license.

As these accusations came to light over the course of Dermen’s trial that ran until early 2020, John Saldivar was in line to be the next Prime Minister of Belize after he was elected head of the ruling United Democratic Party on 9 February 2020. He had to resign soon after due to the court evidence in Utah that he had been bribed.

Kingston and his wife, mother, and brother all pleaded guilty to crimes relating to the biofuel scam, including money laundering and mail fraud.

When asked about the church’s role in the fraud, Davis County Cooperative Society spokesman Kent Johnson said: “To my knowledge, any money paid to DCCS member-owned businesses was for legitimate services rendered or to repay money loaned to Mr. (Jacob) Kingston or WRE (Washakie Renewable Energy) related entities.”

While court documents already lay bare the illegitimate source of some Order funds, prosecutors plan to investigate further. According to the Public Information Officer for the U.S. Attorney in Salt Lake City, “We believe the forfeiture ancillary proceedings will involve tracing and following the proceeds to and through these Order related entity bank accounts,” Melodie Rydalch told CJI.

As of now, the church still enjoys constitutional protections, just as any registered religious group with official church status.

Two high-ranking members of the group used church bank accounts to launder fraud money during the energy credit scheme, and both are serving time. The group’s ultimate leader – Paul Kingston – and the church itself have not been legally implicated. The Internal Revenue Service (IRS) still retains the church’s tax-exempt status.

Asked about this by CJI, the IRS said federal law prevents the institution from commenting on taxpayers and organizations. With its current status, the Latter Day Church of Christ can continue to certify to donors that it is an IRS-registered tax-exempt organization which – as a church – can receive donations without making financial disclosures to the government. 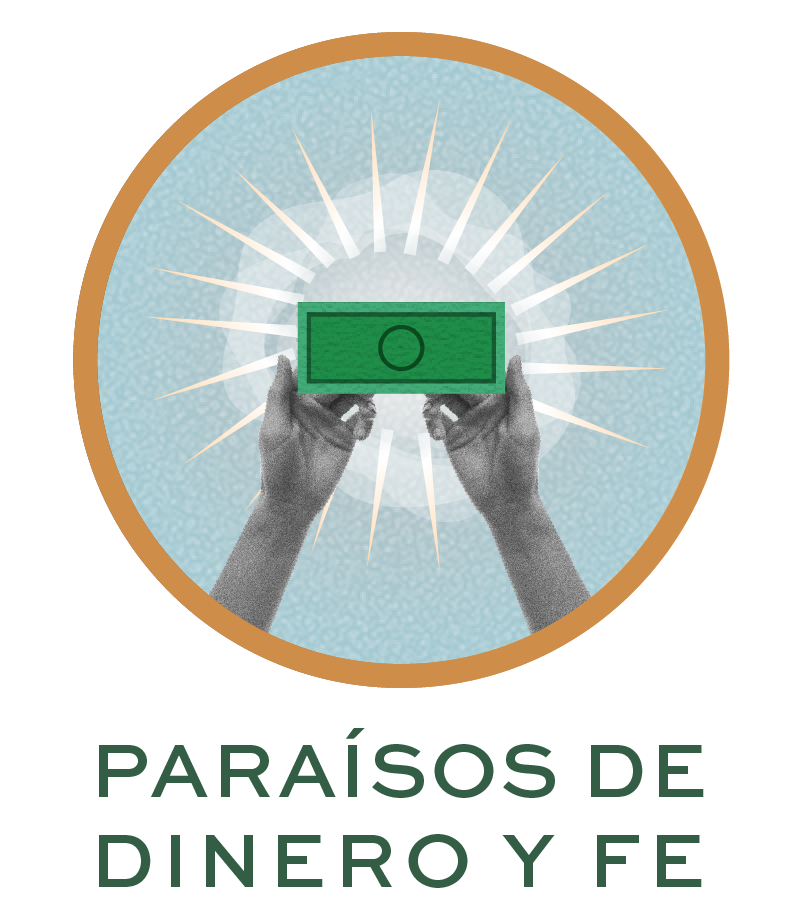 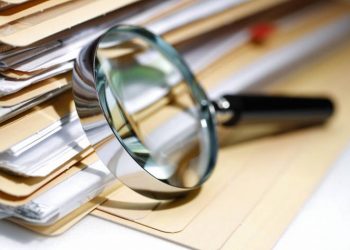 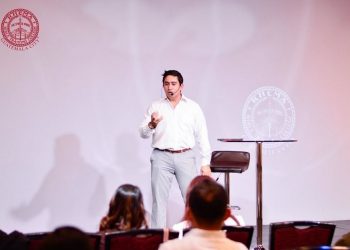 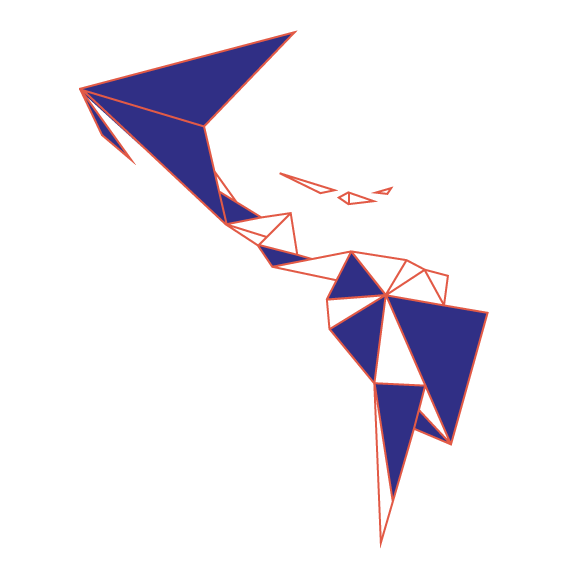